I'm currently working with the VTUC as the guest writer and director for their new show I'll be there. This week rehearsals began in earnest. 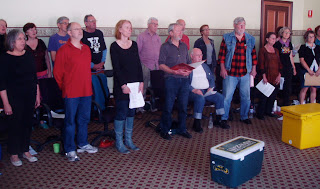 The choir was started in 1990 under the artistic direction of Sian Prior.   For the last 18 years the wonderfully talented and committed Michael Roper has provided the musical direction for the choir.  Late last year the choir celebrated it's 21st birthday with a concert bash at Trades Hall.  Some of the choir members performing in I'll be there have been with the choir for the entire 21 years!

I'm stoked to be working with Michael again, having performed with him in the mid 80's on the Street Arts Theatre Company's show Happy Families by Hugh Watson.

All the members of the choir have had some association with the Union movement in Australia and for many internationally as well.  They have either been long term union members, or worked for unions or supported unions.  In it's 21 year history the choir has sung at numerous strikes, picket lines, demonstrations, public events, anniversaries and celebrations.

I'm loving my residency and really enjoying developing the I'll be there show with the choir. Whilst all of the choir members are experienced singers for many this is their first theatre experience and they are approaching it with gusto and determination - as you would imagine a union mob to do! 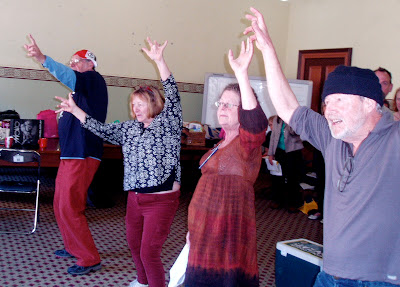 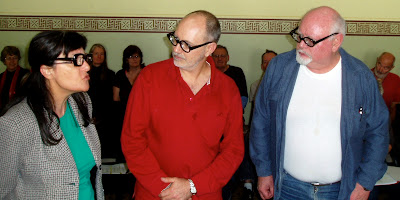 Rehearsals are incredibly productive and filled with singing, laughter and a great sense of camaraderie. The show is made up of a series of vignettes based on stories told and developed by choir members about their involvement with the union movement, the choir and the history of the union movement in this country.  The show is lively and engaging and is peppered with both humorous and poignant stories.  I hope you get a chance to see it.  More info and bookings. 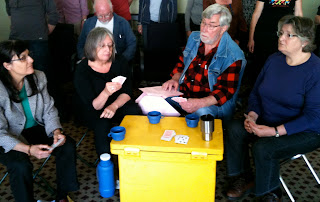 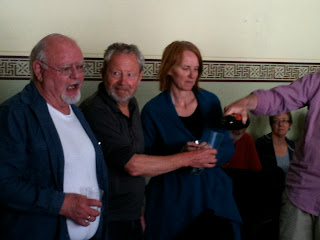 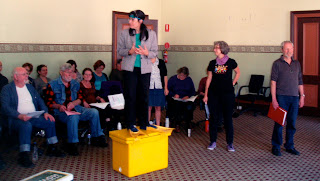